1. The Mothman Prophecies: A True Story 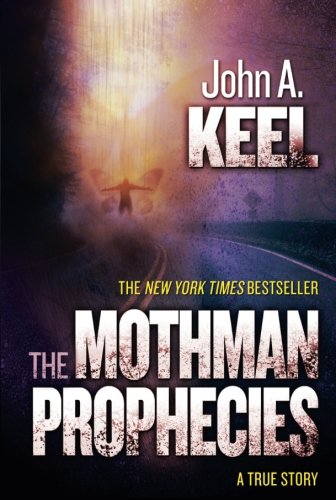 West Virginia, 1966. For thirteen months the town of Point Pleasant is gripped by a real-life nightmare culminating in a tragedy that makes headlines around the world. Strange occurrences and sightings, including a bizarre winged apparition that becomes known as the Mothman, trouble this ordinary American community. Mysterious lights are seen moving across the sky. Domestic animals are found slaughtered and mutilated. And journalist John Keel, arriving to investigate the freakish events, soon finds himself an integral part of an eerie and unfathomable mystery.

Translated into over thirteen languages, John Keel's The Mothman Prophecy is an unsettling true story of the paranormal that has long been regarded as a classic in the literature of the unexplained. 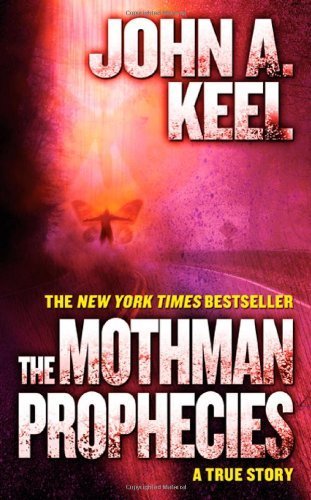 3. The Big Blackout: A True Tale of Ultraterrestrial Terror 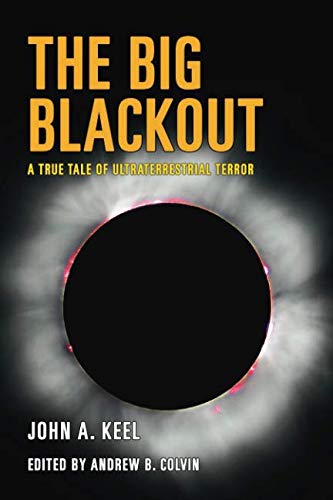 During 1967 and 1968, when he was subject to nonstop surveillance and harassment from both human and supernatural spooks, intrepid Fortean investigator John A. Keel made extensive field notes concerning the phenomena he was confronting in West Virginia and New York: UFOs, Men in Black, creature entities, ultraterrestrials, and odd coincidences and synchronicities. The result was a series of concise, thematically related reports, many of which were incorporated into magazine articles for Saga, Fate, and Flying Saucer Review.

In these reports, Keel unravels threads discussed in his classic books "Operation Trojan Horse," "The Mothman Prophecies," and "The Eighth Tower," which were written soon after. Utilizing occult lore, recent scientific research, and direct personal investigation, Keel draws back the curtain on the mind-blowing nature of our terrestrial reality.

By looking deeply into specific cases, Keel begins to understand that there are different types of UFOs, surmising that the aliens and their apparent buddies, the MIB, may emanate from a breakaway civilization bent on controlling the human race. Surprisingly, Keel's research into Mothman could play a key role in deciphering the mystery of Ancient Aliens whether or not the human race was actually created, genetically, by giant birdmen mating with Earth women.

This special edition - the follow-up to Keel's popular book "The Big Breakthrough: Confronting UFOs, Men in Black, Mothman, and Mysterious Humanoids" - features a "confidential" introduction by Keel, as well as interesting correspondence between Keel and other notables in the Mothman saga, such as Mary Hyre, Jim Moseley, Mabel McDaniel, and Jerome Clark. In particular, there is an extensive exchange of letters between Keel and that infamous mystery man from outer space, Apol."

One of the freakiest saucer tales ever -Alternative Perceptions

Will leave you shaking your head in wonder -High Times

4. Mothman: The Facts Behind the Legend 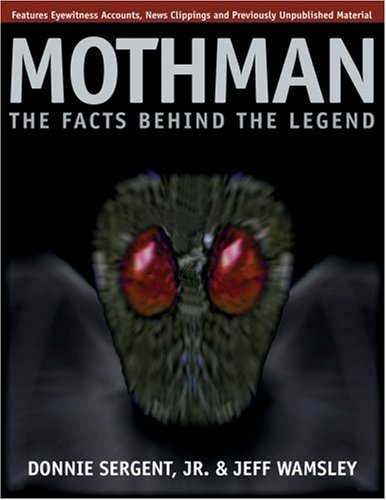 On the night of November 15, 1966, two adventurous young couples drove into the TNT area north of Point Pleasant, West Virginia. What they saw in the countryside that night has evolved into one of the great mysteries of all time: just who -- or what -- was the Mothman?

This book will answer many questions regarding just what those couples saw outside the abandoned North Power Plant that night. Culled from a variety of sources, the materials presented inside are not conjecture -- the authors are careful not to cross the line between fact and fiction -- leaving any decisions regarding the truth behind the Mothman legend solely up to the reader.

5. Mothman: Behind the Red Eyes 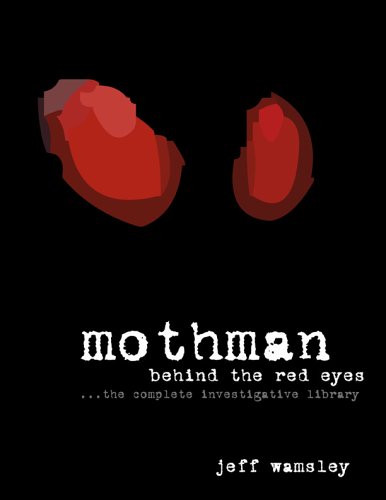 Look deeper into the mystery of the Mothman legacy with the most extensive collection of data ever assembled. Research materials include firsthand eyewitness accounts, rare documents, press archives, UFO/Men in Black encounters, the Silver Bridge disaster, TNT Area archives, illustrations, maps, and photographs. 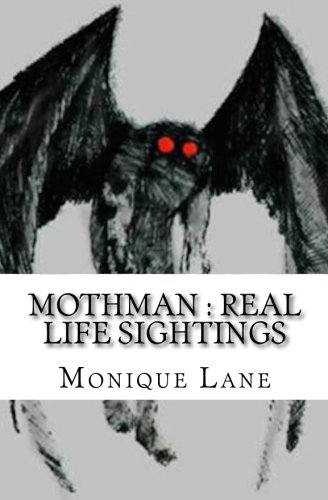 On a cool, fall evening in November, 1966, five men lead by head gravedigger Kenneth Duncan set to work in a cemetery just outside of Clendenin, West Virginia. The grave that they were digging was to be that of Duncans recently deceased brother-in-law. What happened next terrified the men and also kick-started one of the most enduring mysteries in all of cryptozoology. A creature, described as# a brown, manlike figure ascended from a nearby grove of trees and dive-bombed the bewildered group, flying directly over their heads. They had a very good view of the creature. It was less than a hoot and a holler away to borrow from the local vernacular. It stayed within view for a full minute, before disappearing just as suddenly as it had appeared. This was the first sighting of the creature that the press would soon dub Mothman.

7. The Book of Mothman 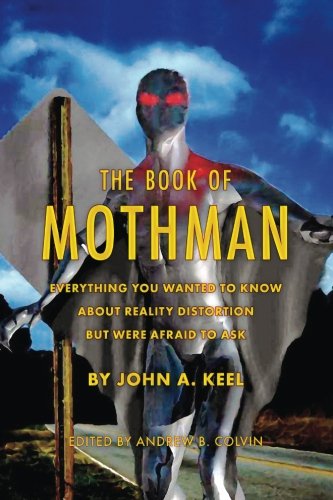 New Saucerian Press proudly presents John Keels "The Book of Mothman: Everything You Ever Wanted to Know About Reality Distortion But Were Afraid to Ask."

Using "Mothman" as an organizing principle, the articles in this collection, culled from New Saucerians recently published Selected Writings of John Keel books ("Flying Saucer to the Center of Your Mind," "The Outer Limits of the Twilight Zone," "Searching For the String," "The Great Phonograph in the Sky," "The Passionate Percipient," and "The Perspicacious Percipient: How to Investigate UFOs and Other Insane Urges"), coalesce to create a dazzling, mind-blowing unified theory concerning the paraphysical distortions and glitches seemingly invading our reality.

With the addition of several 1990s lectures and an interview from 2003 Keels last on Mothman researchers and enthusiasts gain a better sense of just what was going on in West Virginia and the Ohio Valley in the 1960s and 70s.

This special edition features a brilliant introduction by Gray Barker, a recently discovered foreword by John Keel, and a note from the editor, Andy Colvin.

As good an example of pure, unadulterated Keel as you are likely to find... Robert Durant, Pursuit Magazine

Decades ahead of all the respectable Forteans and ufologists... UFO Magazine 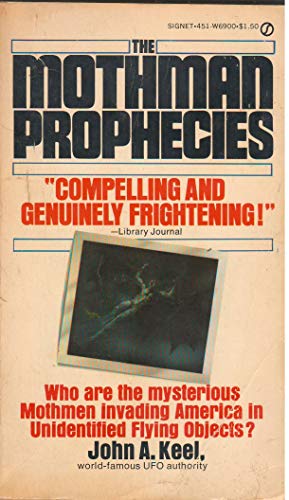 9. The Mothman's Photographer: The Work of an Artist Touched by the Prophecies of the Infamous Mothman 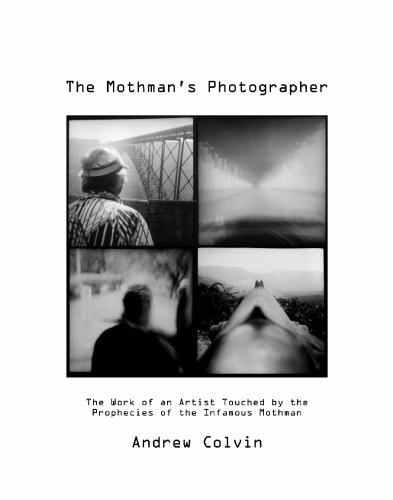 Spurred by the realization that the 9/11 attacks were accurately predicted - in 1967 - by a friend who was seeing Mothman, Seattle artist Andy Colvin began documenting his experiences growing up in WV.

The resulting video featured interviews with dozens of paranormal witnesses and experts, including celebrated ufologist John Keel, who originally investigated the sightings in Colvin's neighborhood.

Colvin himself began a long series of interviews on radio and TV shows. In addition to doing hundreds of hours of interviews, Colvin generated over 3000 pages of writing, and several thousand photographs, devoted to exploring the mysteries of the Mothman phenomenon.

This photo book, "The Mothman's Photographer I," features 300 of Colvin's eerie, symbolic images. There are brief descriptions of all photos, an artist's statement, and a forward by Dave Scott, curator for the Cincinnati Gallery of Conceptual Art.

Colvin's images dramatically illustrate his theory that birdmen such as Mothman, Garuda, and Thunderbird are actually archetypal, crime-fighting "superheroes" from the collective unconscious. The job of these avatars is to send dreams, visions, and psychic messages to ordinary humans, thus stimulating insight, creativity, and intellectual growth.

Regardless of the source, Colvin's talent as an artist shines through in his drawings and photographs. Despite his spare, unblinking approach, his work is funny and entertaining. Somehow it achieves a poetic magic. It may even represent a breakthrough in how we perceive the mysterious.

By taking 25 years and devoting it to nothing but the audiovisual documentation of his own life, Colvin has produced a body of work that transcends the mundane and defies categorization. 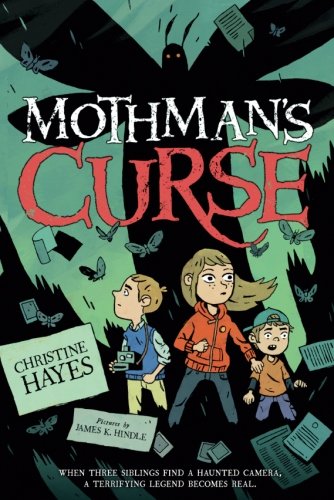 A thrilling tale about when the borders between legend and reality blur--with dangerous consequences.

When Josie and her brothers uncover a haunted camera, the Mothman legend becomes a terrifying reality that threatens their entire town in this spooky and action-filled novel.

Josie may live in the most haunted town in America, but the only strange thing she ever sees is the parade of oddball customers that comes through her family's auction house each week. But when she and her brothers discover a Polaroid camera that prints pictures of the ghost of local recluse John Goodrich, they are drawn into a mystery dating back over a hundred years. A desperate spirit, cursed jewelry, natural disasters, and the horrible specter of Mothman all weave in and out of the puzzle that Josie must solve to break the curse and save her own life.

Mothman's Curse by Christine Hayes is a spine-chilling middle-grade novel full of action and adventure, and contains black and white illustrations from artist, comic writer and designer James K. Hindle.

Scary enough to appeal to readers who are growing out of R.L. Stine titles, this may also tempt fans of realistic fiction. School Library Journal